why people choose us
we predict the Bitcoin trend, sometimes with scary accuracy

​see chart below for latest results 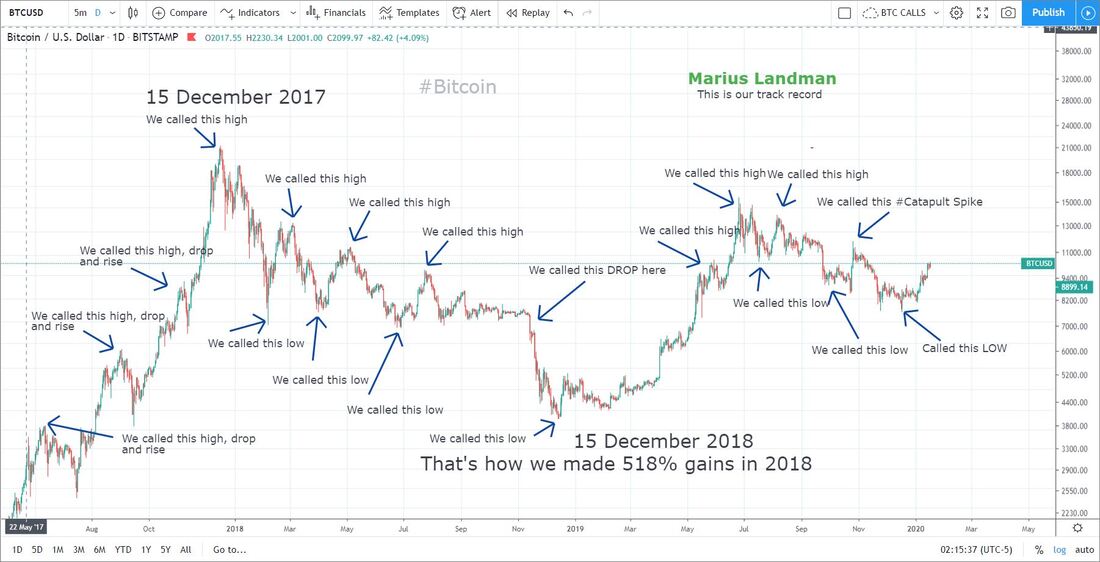 ​​​
​​Remember this - play the patient game with us and you'll win big. Stop day trading. That's the fastest way to lose. We do swing trades and buy low and sell high. We repeat this process. Its really simple when you have our BTC & ALT reports.
​
Premium KEY Members have access to all reports, 2-3 Bitcoin ALT reports per week and YouTube private video content
​This includes access to the Premium Members Private Telegram Channel Message Blog and all LIVE Webinars
​​

our community live webinars are a great way to engage with like minded bitcoiners around the world. Held weekly on thursdays.